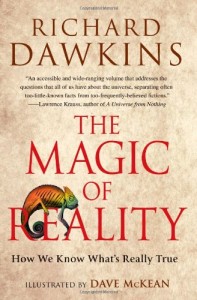 A couple of months ago, I picked up Richard Dawkins’ book The Magic of Reality: how we know what’s really true. I read the first few lines and I was hooked. Here was someone talking about the magic of dinosaurs and the universe. He even talked about stage magic not being “real magic”. I was intrigued.

Then things took a turn for the worst. Dawkins makes a clear distinction between three kinds of magic: stage magic, supernatural magic, and poetic magic. He debunks the first two, and says the kind of magic he’s talking about is poetic magic, the magic of an amazing musical performance, stars on a moonless night, or a beautiful sunset. I agree with Richard Dawkins that this is a very real form of magic, but I actually know of a additional form of magic exists. It lives between the tricks of Cinderella—turning pumpkins into carriages—and the poetic world of wonder.

I believe that magic is technology that works from our wholeness, not from ideas focused so precisely on the scientific model as to eliminate this other form of magic, which has had various names throughout history. For now, let’s call it intentional magic. This form of magic uses wisdom, symbols, language, and the unconscious mind to affect the probability of something desired. It’s based on thousands of years of history of the science of magic, and is based not on stage magic tricks, or the wonder of poetic magic, but on something we might call “The Great Work” which is the process of growing your soul so that you become the kind of person for whom things just seem to magically go right. There are many ways of knowing “what’s really true”, because our gut or heart, or even our connection to spirit can give us information that may not be supported by the “facts” but might work even better than the facts for guiding us.

Richard Dawkins tells the mythical answers at the beginning of his chapters that usually begin with a question. I think he is trying to amuse people with the silliness of the myth, as if Claude Levi-Strauss never existed. Levi-Strauss is the anthropologist who taught us about the structure of myth;  the importance of understanding the deep truths a myth is communicating to the culture, truths that go beyond the interchangeable details of the myth. 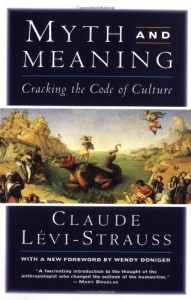 If you want to know more about the way myths really work, read Claude Levi-Strauss’ excellent book Myth and Meaning: Cracking the Code of Culture.

I say above that magic is a technology that works from our wholeness. Here’s what I mean about working from wholeness. We are embedded in a web of life, in which all living things are more alike than different—all things are our cousins. Dawkins agrees on this and explains it beautifully in his book. But wholeness is also our connection to our own unconscious, the collective unconscious, our family and ancestral history, our culture and finally, and finally our souls. 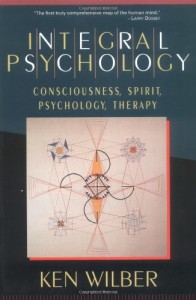 Philosopher Ken Wilbur is a kind of specialist in the world of wholeness, and rails at the “bleakness of the modern scientific proclamation” that the journey from matter to mind to soul to spirit would get halted at matter, and “then proclaim that all subsequent developments were nothing more than arrangements of frisky dirt.”

He goes on: “Why this dirt would get right up and eventually start writing poetry was not explained. Or rather, it was explained by dumb chance and dumb selection, as if two dumbs would make a Shakespeare.”

So, I’ve been keeping notes on my Richard Dawkins read, and every now and then, I’ll post something