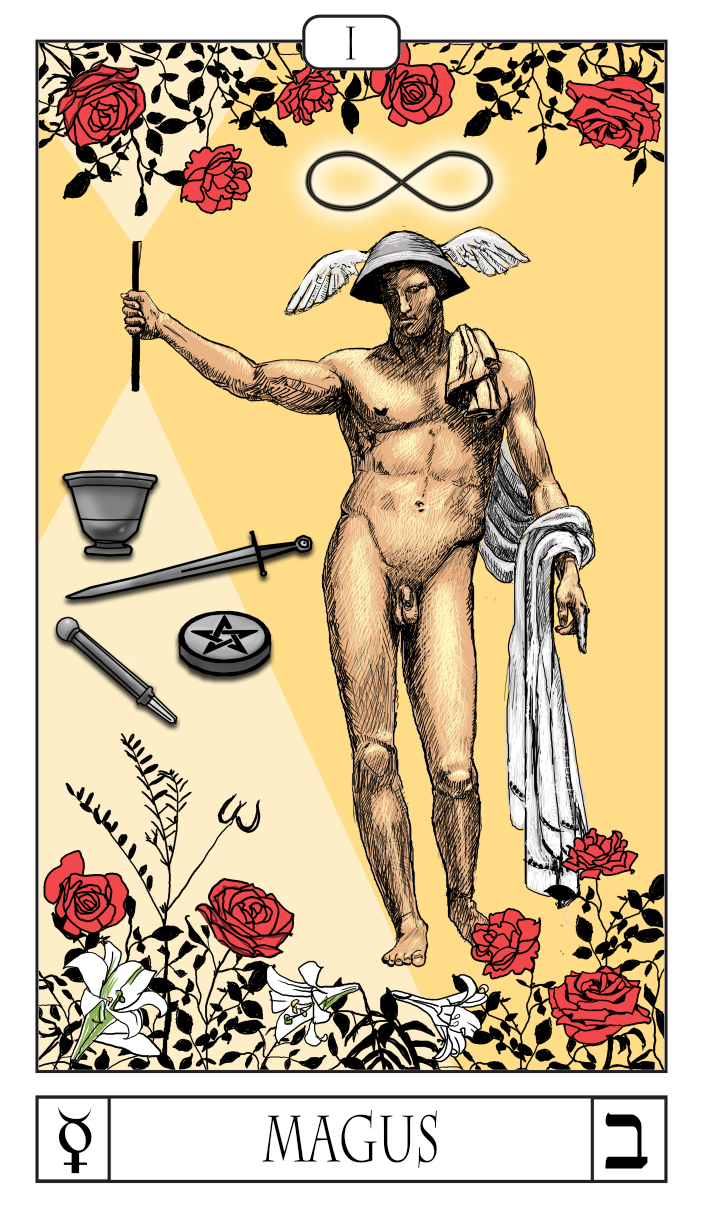 The Magus, in this card, based on the Greek statue of the Hermes—originally from the school of Praxiteles in the 4th century BCE— is the messenger of the Gods. His winged helmet indicates that he can move easily between the divine and mundane worlds. He holds a wand in his hand, and the wand points to heaven on one end, and the earth on the other, indicating the principle “As above, so below.”

The five roses indicate the five senses, below in the world, and above in their divine forms. Death, in the form of the lilies below, is present in the world below, but not in the world above.

The Magus is naked here instead of clothed, and his nakedness indicates that, even though the Magus has many powers, he is still like an infant, learning what the world is about, and yet has his drape nearby, so he can protect himself from the elements when the time is right.

Categories: Card for the Day
Tagged: Card of the Day, daily, Tarot

The images in this card are based on the Helenistic Greek sculptures “Gaulish Chieftan Killing Himself and His Wife”, and “The Dying Gaul”. The man…